There is nothing cooler than this game. Period. Hasbro inexplicably took it out of print in 2002 and ever since it's developed a cult following. Jodi gave me the best gift of my life back in 2008 when she bought a used version on ebay for me. 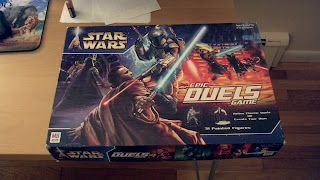 Ever since then my nerdy friends and I have enjoyed many a game of epic duels. 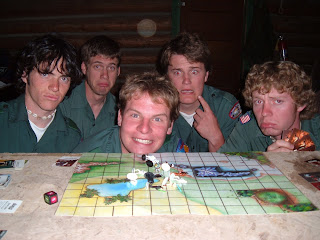 See what I mean? yes, that is a homemade map.

This year we are taking it to a whole new level though! We designed our own characters based on us now all old and married. It is gonna be wicked! Here's a sneak peak. 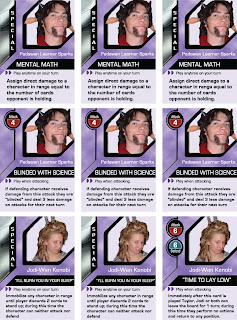 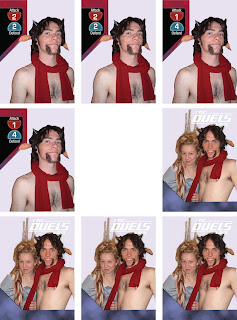 And yes, those are our costumes from Halloween years ago (Mr. Tumnus and the White Witch from Narnia)

Also, while the game itself has rules, we have introduced an additional 3 rules of etiquette.
1) Pass the dice when your turn is over, nobody likes to sit and wait.
2) It is considered highly inappropriate, after having killed a character, to then flick said character off the board. Seriously people, tables have been flipped over in rage. Ask if the character can be removed from the board.
3) Is terribly rude to pass the dice to a player who has been eliminated thus reminding them of their eliminated status.
Posted by Taylor at 3:59 PM