Two months on a beautiful desert island. This summer was paradise. We left a few days early to visit Jodi's uncle and aunt, Dave and Melanie. Dave flew us over the island. It was so cool!

The pictures we'd seen on the brochures must have been taken the one day a year when the island is actually green, because 364 days a year it's barren and covered in reddish brown dirt. It looks an awful lot like Antelope Island. 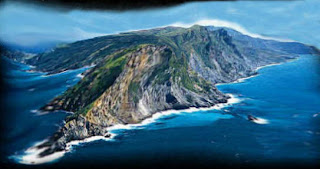 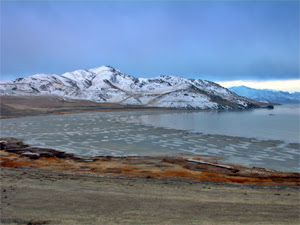 ??
Jodi and I worked out at a scout camp called Camp Cherry Valley, located in Cherry Cove, close to Two Harbors. There are only two "cities" on the island; Avalon down on the southern part is a huge tourist trap and probably only has 3000 or so residents. There's only one or two cool things worth seeing there though, like the Casino out on the harbor. 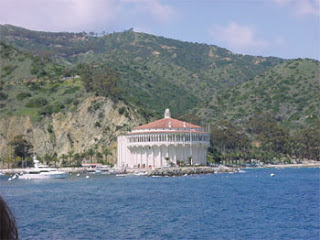 Two Harbors is located on the northern part of the island right where the isthmus is. There's probably only 1 football field seperating the Channel from the Pacific Ocean. The town boasts 1 cafe, 1 restaurant, 1 grocery store, 1 sheriff, a couple dive shops and kayak rentals and about a bunch of drunken yachters. There's really not much there for you to go see or buy. Unless of course you're really into shirts featuring pirates holding a thong on their hook saying "Surrender the Booty!" Yup, that's Two Harbors, one word: Classy. I'd like to mention that this year they are featuring their first step towards their first ever paved roads; they brought in brick pavers for the main "downtown" area. Don't be fooled though. It's like putting makeup on a prostitute. It's still a gross town full of drunk rich people.
Anyway just two coves north of Two Harbors on the leeward (Channel Side) of the Island is Cherry Cove. This place was so magical you'd never believe it until you saw it! Right behind the pretty albeit rocky little beach there's a huge salina. (nevermind the nearly naked man in the salina picture) 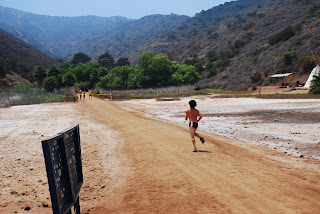 A salina is a place where fresh water meets with salt water for just short periods of time. Freshwater from winter runoff or from the small spring in our canyon fill the pond with water and occasionaly the tide gets high enough that ocean water comes over our beach and mixes with it. (It actually goes through pipes now, it used to go over) If you ask me, the salina is a big stinky waste of space, but supposedly it has some unique life there (frogs or something) and there's not many natural salinas like it.
Further up the canyon there is a huge grove of cherry trees which cover all the campsites. It's really pretty. There's like no trees on the entire island practically except for Cherry Cove. We were lucky to have such pretty trees over us. The shade and decksites were awesome for camping! I'll explain more about what we did later!
Posted by Taylor at 2:59 PM