Well... we arrived. It was an awful trip and sure enough Nevada did all it could to keep us from getting here, but we wouldn't be stopped. Jodi's parent's car started to break down in Primm, Nevada aka: the middle of nowhere. 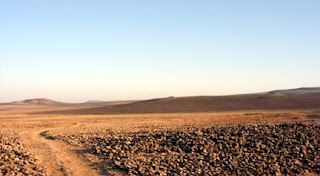 We continued to think it would just ''get better'' by driving it in the blistering heat of the Mojave Desert (great idea?). The poor car was only going like 30-40 mph! Uphills it was even worse! You can't imagine how embarrassing it is to be passed by every fat trucker out there. Finally we got to Barstow where a seedy looking mechanic said it was the catalytic converter and that if we didn't fix it right then we'd burn it up entirely by continuing to drive on it. Fred decided he was full of it so we headed for the next town for a second opinion but didn't get there without the car breaking down! Who knew? the creepy mechanic knew what he was talking about! Turns out when fuel is burning too rich it will cause your catalytic converter to overheat and be ruined. Fred's Buick eats oil like mad (it burned 2 quarts going from Cedar City and back) so that makes sense now. Anyway so Jodi's poor parents had to leave the car in Victorville, the worst place on earth. Finally after driving miserably slow across the desert with a dying car we all had good vehicles and we made good time getting home.
Santa Barbara was like the pot of gold at the end of the rainbow. 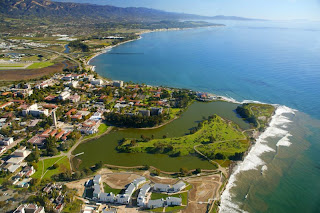 Let us show you our new home... it's in the family student housing of UCSB.

Our apartments are like 8 blocks from the beautiful cliff lined beach and 8 blocks from where my office is at school! That means I'll have to suffer from a 3 minute commute each day (pretty rough, I know).

The city of Santa Barbara is on a narrow strip of land pinned between the ocean on one side and the green beautiful mountains on the other. 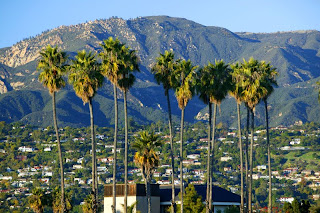 There's tons of shopping and food places all nearby. Our apartment itself is a two story, two room townhouse. It is on the second and third floor of a really pretty park like complex with huge trees and birds all over the place. The apartment has 3 balconies with glass doors and little shutters we can have on them. We are so happy! We have plenty of room for all of our stuff coming from our little one room basement apartment. 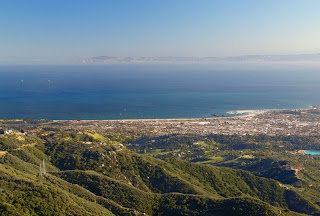 Here's the video tour: (my apologies for the less than spectacular filmography)