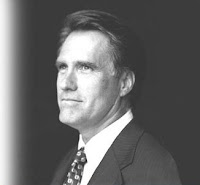 Mitt Romney suspended his campaign at CPAC today. He accurately said that if he were to hold out until convention (his last chance at getting the nomination) he would be making it more probable that Hillary or Obama would ultimately win in November. This would mean the troops would be pulled out and our nation would be put in even more danger. He said “Frankly, in this time of war, I simply cannot let my campaign be a part of aiding a surrender to terror.” he later said “If this were only about me, I’d go on, but it’s never been only about me. I entered this race because I love America, and because I love America in this time of war, I feel I have to now stand aside, for our party and for our country.” This kind of selfless act is exactly why I wish he would be our next president. He was willing to put his own desires in 2nd place to what's best for the nation as a whole.

Now for a stark contrast you can look at the spoiler Huckabee. Time magazine writer Mark Halperin wrote “One of the biggest barriers to Mitt Romney becoming the nominee was Mike Huckabee, I don’t think Huckabee stands much of a chance to overtake McCain either, but he certainly stood in Mitt Romney’s way.” If Huckabee truly believed in the conservative positions he claimed to have he would have left the race when it was obvious he couldn't win. But by staying in the race Huckabee dramatically split the conservative vote and completely enabled McCain to win. What happened in West Virginia clearly shows this back-room dealing and collusion with John McCain which can be expected from such career politicians. No doubt Huckabee will receive the Vice-Presidential nod or some other cabinet position.

Our president should be one who leads selflessly as Romney has done. Even if he can't be our president he'll remain an example to me.
Posted by Taylor at 3:01 PM