the sinking of the mighty Grunts 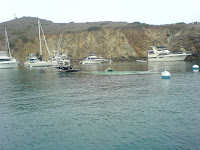 The summer was almost over working out on the island. In fact, it was like the second to last night when all the sudden we heard a huge explosion in the middle of the night and we discovered that one of the HUGE 100+ foot long power yachts had caught fire and sunk right there in our cove! We watched it burn as the 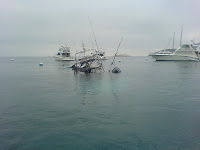 coast guard tried in vain to put out the fire or at least keep it from spreading to neighboring yachts.
The next day we couldn't help ourselves, so we went out to see the remains along with Dan Riley, who no joke works for the Secret Service and who the President refers to as the "Stormin Mormon." 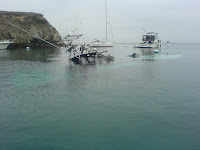 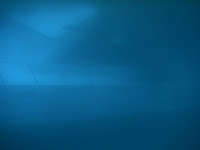 It was seriously awesome! The boat had like a triple decker fishing tower on the top and that's barely sticking out of the water!
Now Jordan Holloman sent a few more underwater pictures and videos of the event. The sun had already set so underwater pictures aren't as awesome as they would've been. 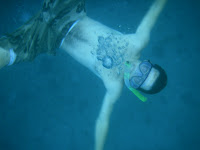 The side of the boat is scorched black. It had a sea-doo practically melted to the side of it. 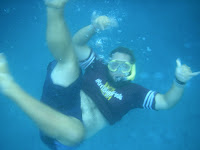 Also, I forgot my swimsuit so I may or may not be swimming in camo shorts.

Big Rig came along for the adventure. We could see plates, books and clothes strewn all over the ocean floor around the wreck. 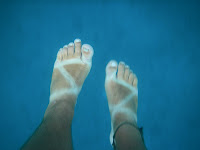 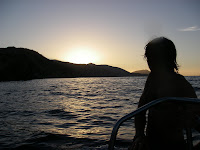 Here's the beautiful sunset from the boat afterwards.